Tyres and synthetic clothes ‘big cause of microplastic pollution’ 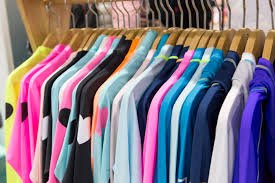 Vehicle tyres and synthetic clothing are the two leading contributors to microplastic pollution from UK households, according to a new report from Friends of the Earth.

Up to 32,000 tonnes of microplastics enter British waterways each year, according to the report

The report, published today (22 November) and entitles ‘Reducing Household Contributions to Marine Plastic Pollution’, reveals that between 9,000 and 32,000 tonnes of microplastic pollution enter British waterways each year from just four sources. The two leading sources are tyre abrasion, with between 7,000 and 19,000 tonnes entering surface waters each year, and clothing.

In the UK an estimated two-thirds of clothing is made from synthetic plastic material, according to analysts from Eunomia, who wrote the report for FoE.

Up to 2,900 tonnes of microplastics from the washing of synthetic clothing such as fleeces could be passing through wastewater treatment into our rivers and estuaries, the report states.

The scale of plastic pollution from household plastics is of the same magnitude as that from large plastic waste such as bottles and takeaway containers – about 26,000 tonnes of which enters UK waterways each year.

The environmental campaign group is calling on the government’s resources and waste strategy – expected next month – to include measures for tackling microplastics as part of a comprehensive action plan.

The four key contributors to microplastic pollution in the oceans from UK sources, according to the report, are:

FoE plastics campaigner said Julian Kirby said: “It’s staggering that so little is being done to prevent thousands of tonnes of microplastic pollution from car tyres, clothing and paints pouring into our rivers and seas every year.

“Microplastic pollution may be largely invisible, but it’s having a potentially devastating effect on our natural environment – especially as it can be mistaken for food by some our smallest ocean creatures, which are then eaten by bigger creatures as part of the food chain.

“Ministers are right to be concerned about the impact of bags, straws and single-use coffee cups on our environment, but we mustn’t ignore the threat from tiny bits of plastic, too.”

Friends of the Earth is urging the government to consider a number of measures to tackle car tyre pollution, including a standardised test to measure tyre tread abrasion rate and a car tyre levy to pay for research into solutions, and to consider mitigation measures.