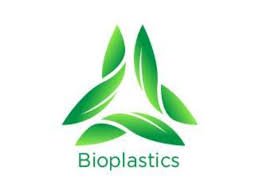 BT’s former chief sustainability officer Niall Dunne’s vision to create the “Tesla of plastics” has moved a step closer to reality, after securing more than £1m in Innovate UK grants to research and scale-up compostable plastics.

Polymateria has laboratories at Imperial Innovations – the technology commercialisation partner for Imperial College London – and Dunne has spent the majority of 2018 attempting to build on his ambition to make Polymateria the “Tesla of plastics”.

The company received a welcome boost this week, after securing two separate research grants from Innovate UK totalling more than £1m. Funding will be used to diversify the firm’s “Biotransformation” technology, which is commercially available for PP (Polypropylene) used for soup and yoghurt pots and PE (Polyethylene) which is used for fruit packaging and shrink wrap.

The Biotransformation technology, which enables time-controlled biodegradation for synthetic and bio-based plastics, will be made available for other types of plastic packaging made from PET (Polyethylene terephthalate) – commonly used in drink bottles and meat trays.

The Innovate UK fund will also be used to ensure that the company’s technology meets international standards for both home and industrial composting.

Previous efforts to biodegrade plastic have just used oxidation to break down polymer chains into small fragments. These small fragments are microplastic. However, Polymateria’s revolutionary Biotransformation technology uses a combination of chemical and biological reactions to help nature biodegrade what would be normally an inert material. This avoids microplastic as only water, CO2 and biomass (microbes) remain. The technology is designed to be compatible with traditional manufacturing processes and recycling systems for plastics.

Polymateria’s chief executive, Niall Dunne, said: “The grants will allow us to develop the first Biotransformation technology for PET and the first petro-plastic that meets compostability standards.

“The Biotransformed PET will be exploited initially in the food packaging market, then into other applications such as homecare. This will create a significant business opportunity and will disrupt the biodegradable PET market, setting a new standard in environmentally responsible plastic.”

Global PET production was 18.8 million tonnes in 2017 and has a market value of around £40bn. But on a wider scale, as much as $80bn-$120bn of plastic packaging material value is lost to the economy, usually ending up in the marine environment.

But decisions to introduce alternative plastics packaging could be adding to this plastics pile-up. Oxo-degradable plastics (ODPs), for example, are a common pitfall for plastic phase-outs. ODPs are often marketed as biodegradable, but in reality, break down into microplastics – small pieces of plastic that can pass through water filtration systems into the marine environment.

Dunne has previously welcomed the European Union’s calls for a bloc-wide ban on ODPs by 2020, while the EU Parliament is facing calls for term “biodegradable” to be banned in relation to the technology. He used a LinkedIn post to reiterate that Biotransformation does not create micro-plastics and does not impact normal recycling processes.

Innovate UK’s head of advanced materials Nick Cliffe added: “Creating a more circular economy for materials like plastics is one of the key aims of the Clean Growth element of the Government’s industrial strategy and 25-Year Environment Plan. With technologies such as those developed by Polymateria we can help tackle this global problem and create the jobs and industries of the future.”

Polymateria has also received investment from an unlikely source. As the Guardian explains, Crystal Palace Football Club’s defender Scott Dann has chosen to invest in the technology firm.