Plight of migrant workers in India! 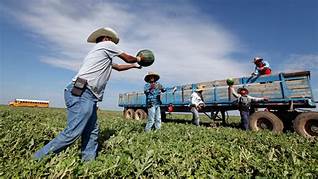 While there is no official data for the inter-state migrants in the country, estimates for 2020 have been made by Professor Amitabh Kundu of Research and information System for Developing countries. His estimates, which are based on the 2011 Census, NSSO surveys and economic survey, show that there are a total of about 65 million inter-state migrants, and 33 per cent of these migrants are workers. By conservative estimates, 30 per cent of them are casual workers and another 30 per cent work on regular basis but in the informal sector.

The decision by the Indian government to potentially extend the nationwide lockdown in order to contain the pandemic also highlights the urgent need to look after the inter-state migrants; since migrant labourers have been among the worst affected due to the lockdown. Their arduous journey back to  their home states without the provision of adequate transport facilities not only exposes them to the threat of Covid-19 but also burdens their meagre financial resources. Ironically, this is happening in a country which, according to the constitution, is termed a “welfare state”. To help facilitate the movement of these migrant labourers some states in India have started inter-state buses and trains for their repatriation, while other states have turned a blind eye to their demands. In urban areas, industries and factories have closed their doors, and those which are still running have reduced the strength of their workforce in consonance with the norms of social distancing and also due to the reduced economic activity. So what will the migrant labourers do now?

While some in India dismiss the ordeal of these individuals as a necessary trade off in the fight against Covid-19, we must not forget that every person in India has a fundamental right to livelihood under Article 21 of our constitution. Unfortunately, the Indian government has failed to protect this inalienable right during this crisis.